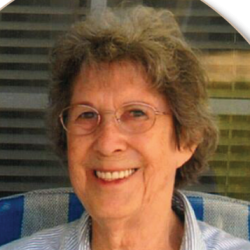 Bea Harvill, the daughter of Chancel and Sarah Marie (Sowards) Conn was born November 15, 1929, in Allendale, Missouri.  She attended Maryville, Missouri schools and lived the majority of her life in the Maryville and Tarkio, Missouri areas.

In 1951, Bea was united in marriage to Wilbur “Pinky” Wiley.  Pinky passed away in 1986.  Bea was then united in marriage to Don Harvill, who preceded her in 2003.  Don and Bea both retired from the Tarkio School district.  Bea was a custodian and Don was the bus manager for many years.  Bea passed away Saturday, January 18, 2020 at Community Hospital – Fairfax, Fairfax, Missouri, at the age of 90.

Memorials may be directed to Tarkio Nutrition Center, Tarkio