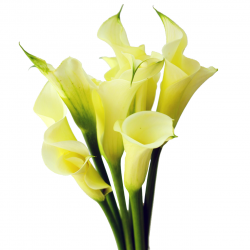 Margaret A. Moore, the daughter of Roy Lawrence and Irene (Garner) Edwards, was born November 7, 1925 in a farm house outside of Watson, Missouri. She attended Lone Cedar country school and Rock Port High School graduating in 1943.

On January 2, 1945, Margaret was united in marriage to Oscar L. Moore in Atchison, Kansas.  They made their home in Corning, Missouri and became the parents of three sons, Dick, Jerry and Wayne.  They later moved to Burlington Jct., Missouri, and then Rock Port, where she made her home to the present time. Oscar passed away in December of 2012.

Margaret was a farmer’s wife and a hard worker.  They owned and operated Moore Fertilizer in Burlington Jct. until 1994.  Margaret planted multiple large gardens for flowers, fruits and vegetables, canning everything for her family.  She raised hundreds of chickens every year to clean and dress for sale in town along with the eggs.  Margaret enjoyed needlework, she was a 4H leader and an excellent cook and was known for her Christmas cookies and donuts.  She was a storyteller and loved sharing them with her many grandchildren which were her pride and joy. Margaret passed away Saturday, February 29, 2020, at Pleasant View Nursing Home, Rock Port, at the age of 94.

Memorials may be directed to First Christian Church, Rock Port.

Services under the arrangement of Minter Funeral Chapel, Rock Port.